• This Detailed Paratrooper Statue measures 13" tall, 6.75" long and 5.5" wide approximately.
• This Detailed Paratrooper Statue is made of designer composite resin, hand painted and polished individually.
• The U.S. Armed Forces are made up of the five armed service branches: Air Force, Army, Coast Guard, Marine Corps, and Navy. Paratroopers are military parachutists-military personnel trained in parachuting into an operation and usually functioning as part of an airborne force.
• Military parachutists (troops) and parachutes were first used on a large scale during World War II for troop distribution and transportation. Paratroopers are often used to seize strategic objectives such as airfields or bridges. This statue makes a meaningful gift for military personnels or as a collectible for your finer taste.
• This is an Ebros Gift exclusive collection. 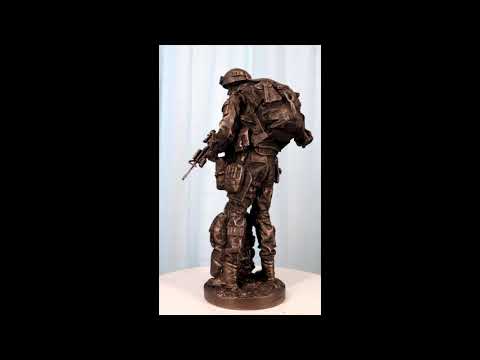