• This Ancient Egyptian God Seth Figurine stands at 8" tall, 6" wide and 4.5" deep approximately. He weighs about 1.5 pounds.
• This Ancient Egyptian God Seth Figurine is made of high quality polyresin, individually hand crafted and painted. Color tone may vary slightly from pictures.
• Egyptian culture has five thousand years of recorded history. Ancient Egypt was among the earliest civilizations and for millennia, Egypt maintained a strikingly complex and stable culture that influenced later cultures of Europe, the Middle East and other African countries. After the Pharaonic era, Egypt itself came under the influence of Hellenism, Christianity, and Islamic culture.
• In Ancient Egyptian religion, Set or Seth was a god of the desert, storms, and foreigners. This rendition of Seth features him in animal form, standing on skulls and a pedestal base with Egyptian hieroglyphs.
• This is an Ebros exclusive collection. Coke can placed next to the staue is not included with the listing. It is meant to provide size perspective of the item. 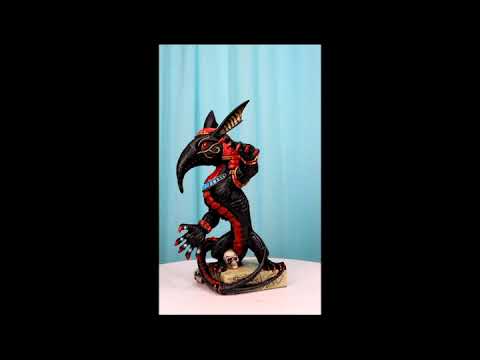