• This Beautiful Isis Standing With Open Wings Statue stands at 12" tall, 10" long and 3.5" deep approximately.
• This Beautiful Isis Standing With Open Wings Statue is made of designer composite resin, hand painted and polished individually.
• Isis is a goddess from the polytheistic pantheon of Egypt. She was first worshiped in Ancient Egyptian religion, and later her worship spread throughout the Roman empire and the greater Greco-Roman world. Isis is still widely worshiped by many pagans today in diverse religious contexts; including a number of distinct pagan religions, the modern Goddess movement, and interfaith organizations such as the Fellowship of Isis. 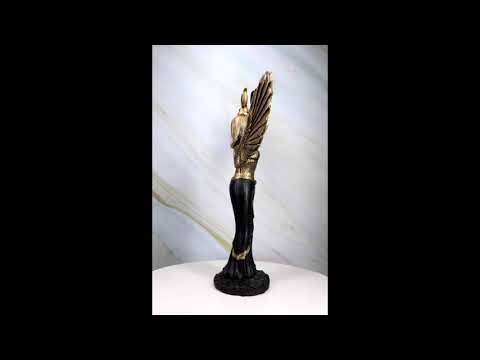