• This detailed figurine of Anubis With The Scales Of Afterlife measures 9" tall, 8" wide and 4.75" deep approximately.
• This detailed figurine of Anubis With The Scales Of Afterlife is made of designer composite resin, hand painted and polished. Color tone may vary
• Anubis is the Greek name for a jackal-headed god associated with mummification and the afterlife in Egyptian mythology. One of his prominent roles was as a god who ushered souls into the afterlife. He attended the weighing scale during the "Weighing of the Heart," in which it was determined whether a soul would be allowed to enter the realm of the dead.
• This figurine depicts anubis in the afterlife, kneeling with scales in his hands, standing by the altar of Ankh which symbolizes the key to the afterlife. Being the God of the dead, you can see skulls all around him. Souls heavier than a feather would be devoured by Ammit, and souls lighter than a feather would ascend to a heavenly existence. 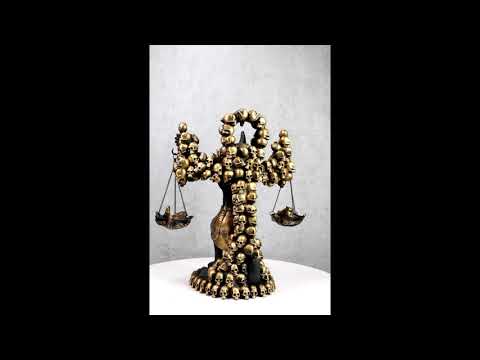