• This Scarab Beetle Plush Doll measures 2.5" tall, 5.5" wide and 3.75" deep approximately.
• This Scarab Beetle Plush Doll is a super cute plush toy made of polyester.
• Collect this cute plush doll featuring the world famous Scarab Beetle Amulet. The Scarab was worshipped as "Khepera", which means "he was came forth." This creative aspect of the scarab was associated with the creator god Atum. The ray-like antenna on the beetle's head and its practice of dung-rolling caused the beetle to also carry solar symbolism. The scarab-beetle god Khepera was believed to push the setting sun along the sky in the same manner as the bettle with his ball of dung.
• In many artifacts, the scarab is depicted pushing the sun along its course in the sky. Millions of amulets and stamp seals of stone or faience were fashioned in Egypt depicted the scarab beetle.
• This is an Ebros Gift And Atlantic Collectibles exclusive collection. 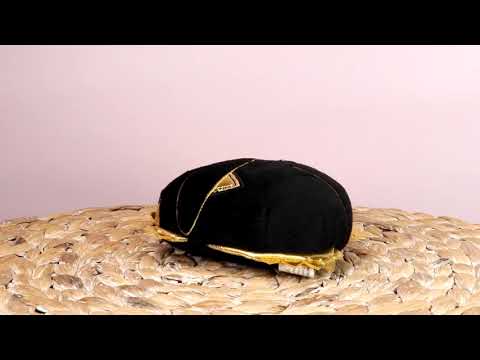